How wind energy parks work:
Windmills are formed from a number of component parts which include: 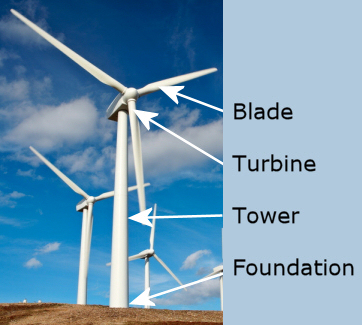 Wind is captured by the blades or rotors which in turn drive the turbine. Functioning in the same manner as an airplane wing, wind passing over the blade creates a positive pressure on one side and a negative pressure on the other and this vacuum effect causes the rotor to turn. The wind turbine is rotated into the wind electronically and the blades are also rotated by electronics from various angles of 45 degrees to 0 degrees to optimize the existing wind conditions. Electricity is generated when the wind speed reaches approximately 13 feet per second and a maximum blade TIP speed of 155 MPH. In instances of higher wind conditions, the blade tips are rotated to balance with the wind speed so as to not create an overstress on the windmill. 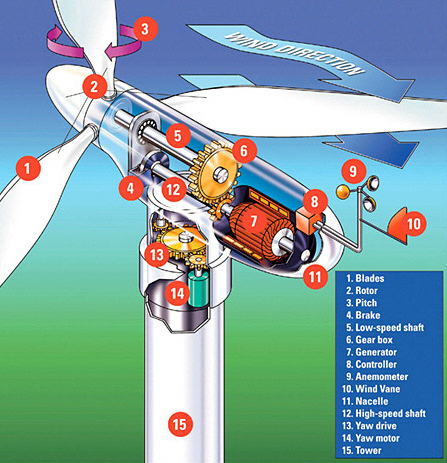 Connecting to the grid

The turbine connects to the generator which in turn is connected to a high-voltage transformer and then to the power grid. A 3 megawatt transmitter can provide enough power in a few hours to power the average home for one year.